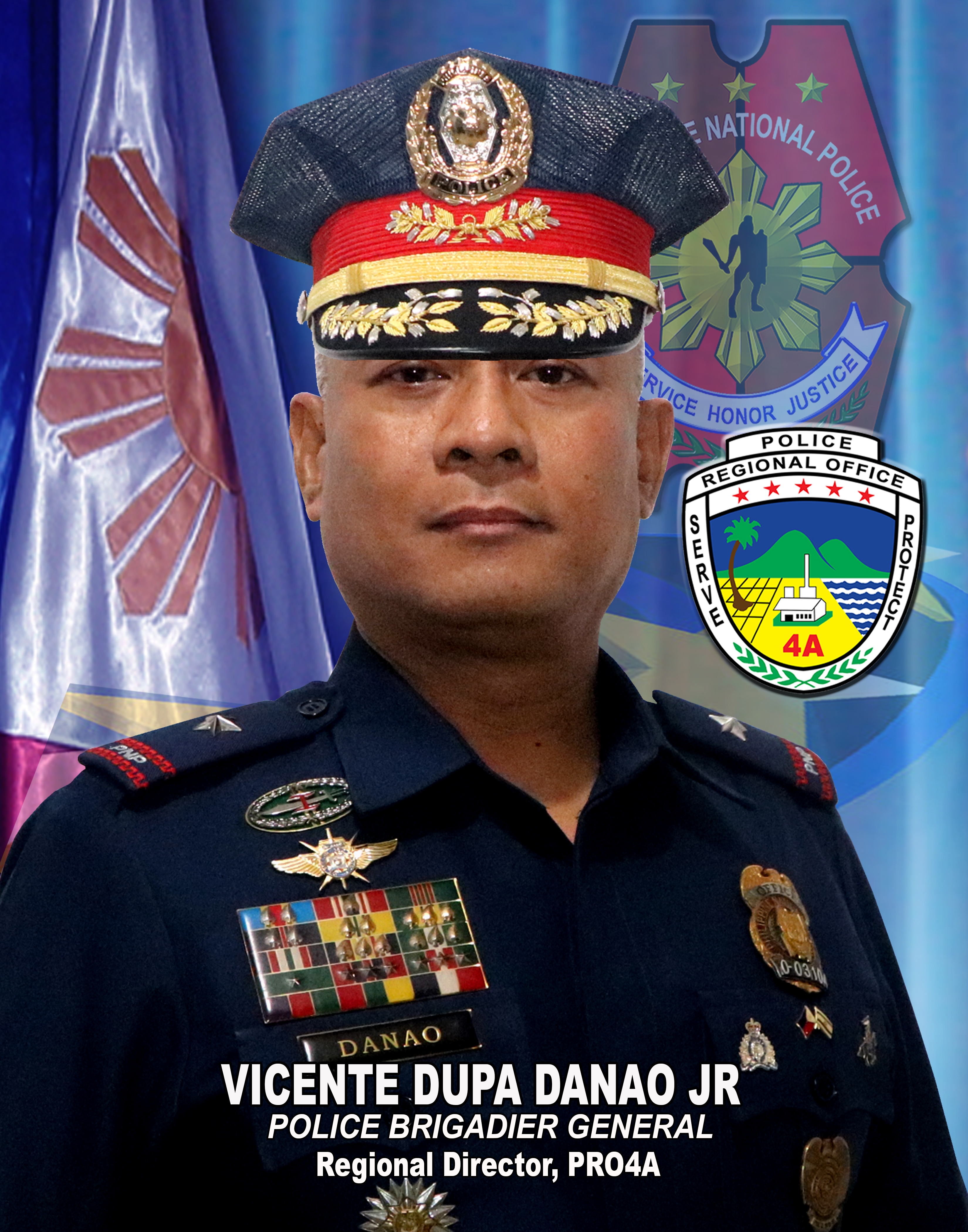 The area being occupied by Camp Vicente Lim used to be a vast track of land in the early 1937. It became a training ground during the mobilization period sometime in 1937, when the American forces started to call all able bodied of young men to go on military training due to the outbreak of war in the western hemisphere.

It is located 42 kms. south of Manila covering a land area of 56 hectares inside the Canlubang Sugar Estate, Calamba, Laguna.

On September 1, 1941, the 41st Field Artillery Regiment, PA was mobilized in this camp. The barracks in the area were set on fire by the Japanese Army prior to their evacuation.

On January 8, 1946, it became the headquarters of the 4th Military District when the ten (10) pre-war military districts in the country were reactivated after WWII. The 4th Military Distrct covers the whole Southern Luzon. The camp was then named Camp Paciano Rizal. When the Military Districts were deactivated and became Military Area Commands, the camp became the Headquarters of the II Military Area Command, which has jurisdiction over the fourteen provinces in Southern Luzon excluding Masbate and Romblon.

Sometimes in the 1950’s the camp was made as the seat of the defunct Southern Luzon Constabulary Command (under the administrative control of the Philippine Army), during the height of the Anti-Hukbong Mapaglaya ng Bayan (AHMB) campaign.

Finally, in 1975, the lot was donated to the AFP by the Yulo’s and accepted by former President Ferdinand Marcos. In July 1978, the II Philippine Constabulary Zone was deactivated and subsequetly divided into two (2) Regional Commands, namely: the Regional Command 4 under B/Gen Andres B Ramos, established its headquarters at Camp Wilhelm, Lucena City, Quezon and Regional Command 5 under BGEN Clemente Racela established its headquarters at Camp Ibalon, Legaspi City and has jurisdiction over the Bicol provinces.

The Regional Command 4 has jurisdiction over the provinces of Batangas, Cavite, Laguna, Rizal, Quezon, Mindoro Oriental, Romblon, Marinduque and Palawan.

With the deactivation of II PC Zone and establishment of headquarters RECOM 4, in Lucena City, Quezon, Camp Vicente Lim became the headquarters of the Constabulary support Command (COSCOM) under Bgen Lev Malto.

On 01 April 1981, the Headquarters Constabulary Support Command (COSCOM) transferred to Camp Bagong Diwa, Bicutan, Taguig, Metro Manila, and the camp became the Headquarters of the INP Training Command (HINPTC) under BGEN Arcadio Lozada while the Heaadquarters Philippine National Police Academy (PNPA) under BGEN rene Cruz was co-located inside the camp.

On September 1, 2002, the Police Regional Office 4 was deactivated pursuant to Executive Order No. 103 series of 2002 prescribing the division of administrative region 4 into Region IV-A and Region IV-B, officially known as CALABARZON and MIMAROPA. 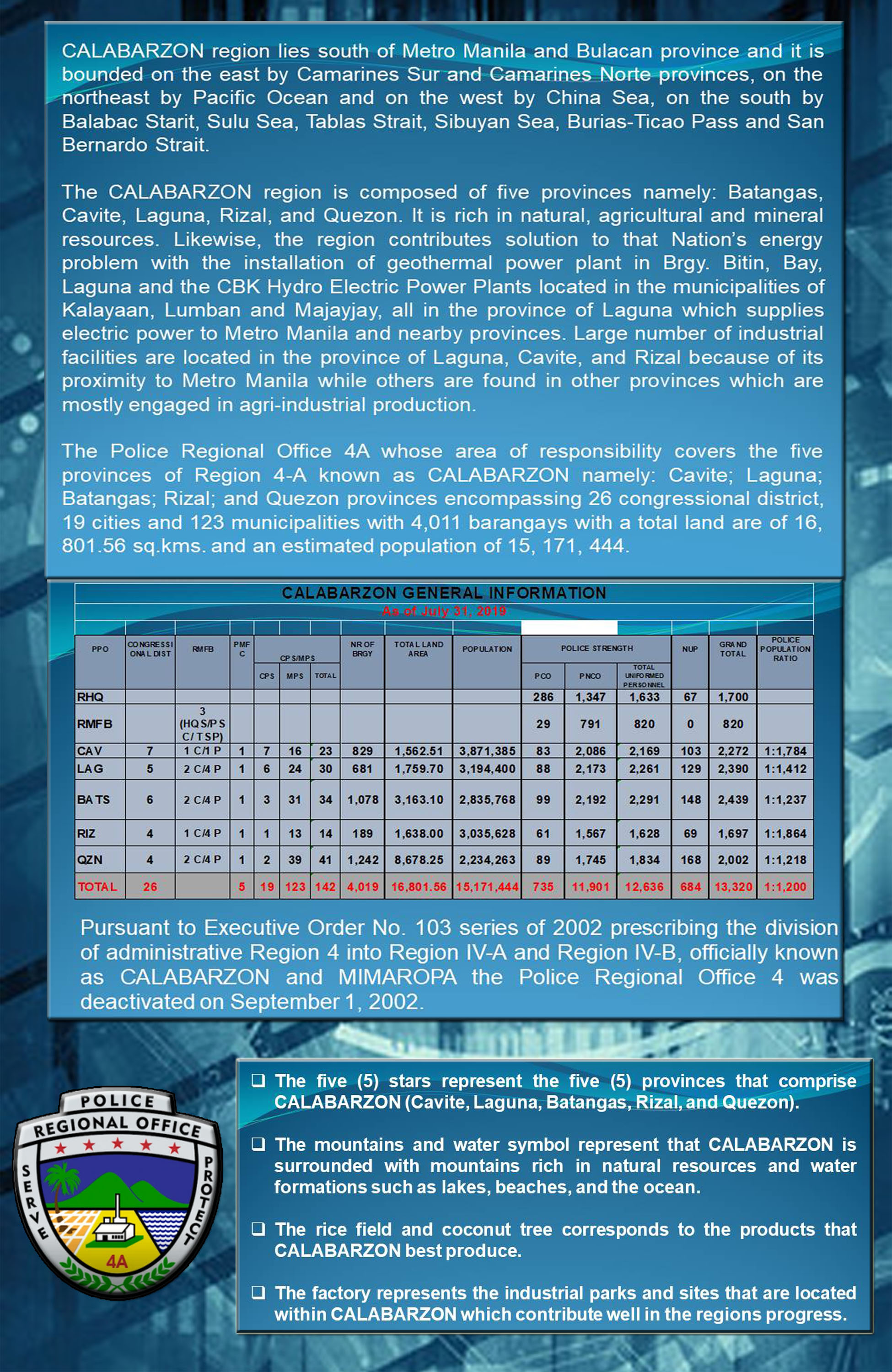